To share your memory on the wall of Michael Carrington, sign in using one of the following options:

Provide comfort for the family by sending flowers or planting a tree in memory of Michael Carrington.

Provide comfort for the family of Michael Carrington with a meaningful gesture of sympathy.

Michael died unexpectedly on June 5th 2020. He is predeceased by brothers Anthony and Ronald Carrington. He is survived by brothers: Jeffrey Carrington, Collin Carrington, Andrew Carrington and Dennis Roberts; sisters Margaret Carrington, Marcia Carrington, Sherril Watt, Patricia Rock, Aileen Allman and Maureen Ward. He is also survived by scores of cousins, nieces and nephews, here in the US, England and Barbados.

Though he was quiet and reserved, Michael was a man of many talents. He was a skilled mechanic by trade and a surprisingly great dancer. He loved to tell jokes and build kites from scratch. He loved classical music, "golden oldies," collecting watches and coins. He was extremely well read and could inform you on many topics. Michael will be missed dearly and will live in our hearts forever!

To send flowers to the family or plant a tree in memory of Michael D. Carrington, please visit our Heartfelt Sympathies Store.
Read Less 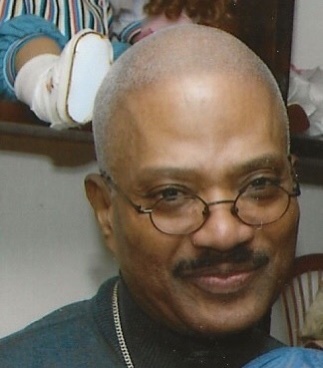 We encourage you to share any memorable photos or stories about Michael. All tributes placed on and purchased through this memorial website will remain on in perpetuity for generations.

Nigel Clarke sent flowers to the family of Michael D. Carrington.
Show you care by sending flowers
Hand delivered by a local florist

Please accept my deepest condolences for your family's loss. May you be comforted by the outpouring of love surrounding you Marcia. Words cannot even begin to express our sorrow. May Micheal soul rest in eternal peace.
Comment | Share Posted Jun 17, 2020 at 07:37am via Condolence
NC

On behalf of my family, I offer our sincerest condolences to the family of Michael a dear friend whom I have know for many years before his loss. Mike was always a true friend and brother from our days in Barbados. We will truly miss him. Rest in peace my friend.
Comment | Share Posted Jun 16, 2020 at 09:14pm via Condolence
F

I worked with Mike for quite a few years, I just retired last year but still would send a text or call to catch up with him, He was awesome & a pleasure to work with, I would be there tomorrow but my wife is ill and I can't leave her for too long, please accept my sincere condolences, may he Rest In Peace🙏
Frank Inzerillo
Comment | Share Posted Jun 16, 2020 at 08:55pm via Condolence
NC

Please accept our most heartfelt sympathies for your loss... Our thoughts are with you and your family during this difficult time.